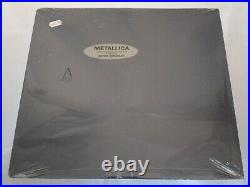 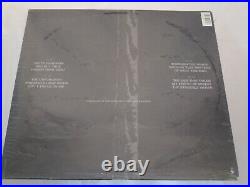 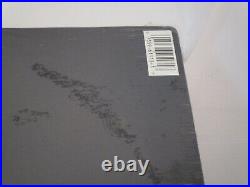 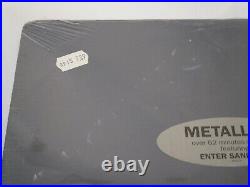 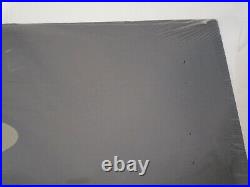 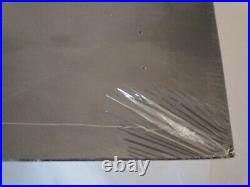 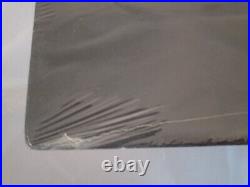 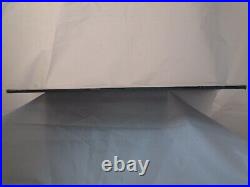 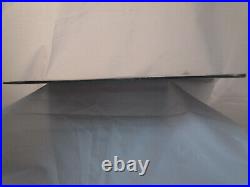 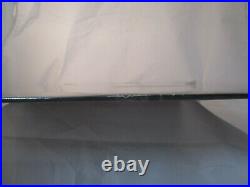 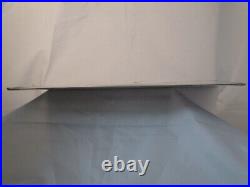 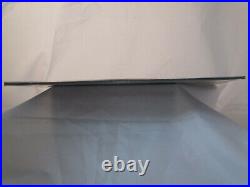 Metallica Black Album Sealed Vinyl Records LP USA 1991 Elektra 1st Press. Format: Virgin Vinyl 2 LP Set – Original Factory Sealed. Discography About The Record. Metallica (commonly known as The Black Album) is the fifth studio album by American heavy metal band Metallica. Metallica produced five singles that are considered to be among the band’s best-known songs, which include “Enter Sandman”, “The Unforgiven”, “Nothing Else Matters”, “Wherever I May Roam”, and “Sad but True”. “Don’t Tread on Me” was also issued to rock radio shortly after the album’s release, but the song did not receive a commercial single release. The album marked a change in the band’s sound from the thrash metal style of the previous four albums to a slower one. Metallica promoted the album with a series of tours. In 2003, the album was ranked number 252 on Rolling Stone’s 500 greatest albums of all time. The recording of Metallica was troubled, as the band frequently entered conflicts with Bob Rock, the band’s new producer, during production. The album debuted at number one in ten countries and spent four consecutive weeks at the top of the Billboard 200, making it Metallica’s first album to top album charts. By February 2016, the album spent 363 weeks on the Billboard album chart, making it one of the ten longest running discs of all time. Metallica played the album in its entirety during the 2012 European Black Album Tour. A1 Enter Sandman 5:29. A2 Sad But True 5:24. A3 Holier Than Thou 3:47. B1 The Unforgiven 6:26. B2 Wherever I May Roam 6:42. B3 Don’t Tread On Me 3:59. C1 Through The Never 4:01. C2 Nothing Else Matters 6:29. C3 Of Wolf And Man 4:16. D1 The God That Failed 5:05. D2 My Friend Of Misery 6:47. D3 The Struggle Within 3:51. THE VIRGIN VINYL ALBUM IS STILL ORIGINAL FACTORY SEALED. COVER IS STILL SEALED AND COVERED IN ITS ORIGINAL FACTORY SHRINK WRAP W/ SOME CORNER WEAR AND STICKERS AND SMALL TEAR IN THE WRAP AND 2 SEAM SPLIT ON TOP AND CREASES. NO OTHER IMPERFECTIONS ON THE COVER. No cut-out (drill) holes No cut-out corners No saw-marks or indents No dirt/dust rubbing stains (friction marks caused by rubbing against other covers) No yellowing from aging No writing No tape No water damage No warping No wax, glue, paint or liquid drops on the cover No glue traces or wax residue. Please use all the pictures to help with the condition. If any questions, please ask! Thank You From Zombie Sounds. This item is in the category “Music\Vinyl Records”. The seller is “atl0325″ and is located in this country: US. This item can be shipped to United States.