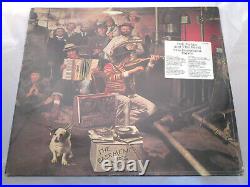 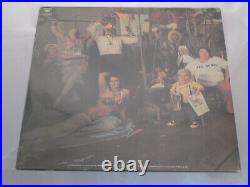 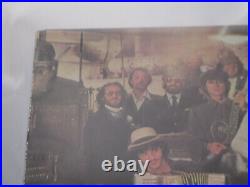 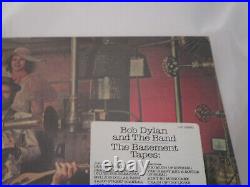 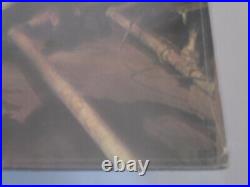 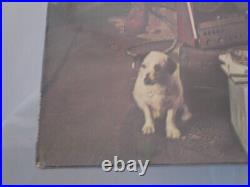 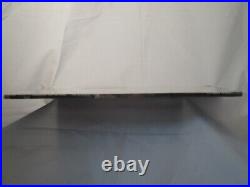 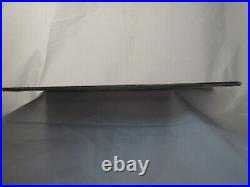 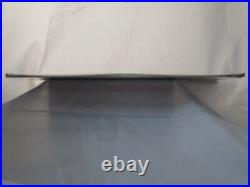 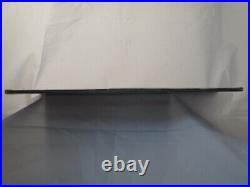 Bob Dylan, The Band The Basement Tapes Sealed Vinyl Records LP USA 1975 Orig Hype Sticker. Product Code: C2 33682. Format: Virgin Vinyl 2 LP Set – Original Factory Sealed. Discography About The Record. The Basement Tapes is a studio album by American singer-songwriter Bob Dylan and the Band, released on June 26, 1975 by Columbia Records. It is Dylan’s sixteenth studio album. The songs featuring Dylan’s vocals were recorded in 1967, eight years before the album’s release, at houses in and around Woodstock, New York, where Dylan and the Band lived. Although most of the Dylan songs had appeared on bootleg records, The Basement Tapes marked their first official release. During his world tour of 1965-66, Dylan was backed by a five-member rock group, the Hawks, who would subsequently become famous as the Band. After Dylan was injured in a motorcycle accident in July 1966, four members of the Hawks gravitated to the vicinity of Dylan’s home in the Woodstock area to collaborate with him on music and film projects. While Dylan was concealed from the public’s gaze during an extended period of convalescence in 1967, they recorded more than 100 tracks together, incorporating original compositions, contemporary covers and traditional material. Dylan’s new style of writing moved away from the urban sensibility and extended narratives that had characterized his most recent albums, Highway 61 Revisited and Blonde on Blonde, toward songs that were more intimate and which drew on many styles of traditional American music. While some of the basement songs are humorous, others dwell on nothingness, betrayal and a quest for salvation. In general, they possess a rootsy quality anticipating the Americana genre. For some critics, the songs on The Basement Tapes, which circulated widely in unofficial form, mounted a major stylistic challenge to rock music in the late sixties. When Columbia Records prepared the album for official release in 1975, eight songs recorded solely by the Band-in various locations between 1967 and 1975-were added to sixteen songs taped by Dylan and the Band in 1967. Overdubs were added in 1975 to songs from both categories. The Basement Tapes was critically acclaimed upon release, reaching number seven on the Billboard 200 album chart. Subsequently, the format of the 1975 album has led critics to question the omission of some of Dylan’s best-known 1967 compositions and the inclusion of material by the Band that was not recorded in Woodstock. Orange Juice Blues (Blues For Breakfast). Katie’s Been Gone. Too Much Of Nothing. Heavy And A Bottle Of Bread. Ain’t No More Cane. Crash On The Levee (Down In The Flood). You Ain’t Goin’ Nowhere. Don’t Ya Tell Henry. Open The Door, Homer. This Wheel’s On Fire. THE VIRGIN VINYL ALBUM IS STILL ORIGINAL FACTORY SEALED. GATEFOLD COVER IS STILL SEALED AND COVERED IN ITS ORIGINAL FACTORY SHRINK WRAP W/ SOME CORNER WEAR AND HYPE STICKER. NO OTHER IMPERFECTIONS ON THE COVER. No cut-out (drill) holes No cut-out corners No saw-marks or indents No dirt/dust rubbing stains (friction marks caused by rubbing against other covers) No yellowing from aging No writing No tape No water damage No warping No wax, glue, paint or liquid drops on the cover No glue traces or wax residue. Please use all the pictures to help with the condition. If any questions, please ask! Thank You From Zombie Sounds. This item is in the category “Music\Vinyl Records”. The seller is “atl0325″ and is located in this country: US. This item can be shipped to United States.