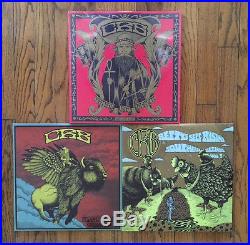 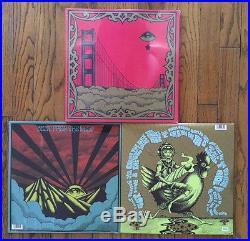 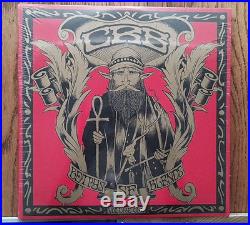 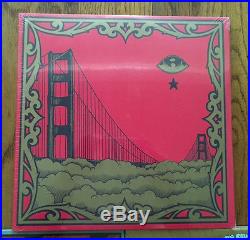 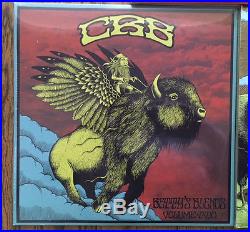 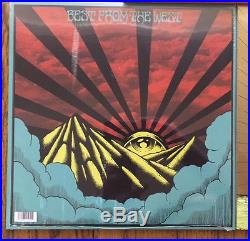 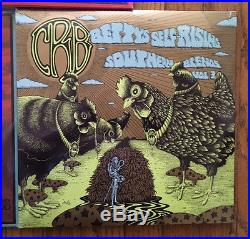 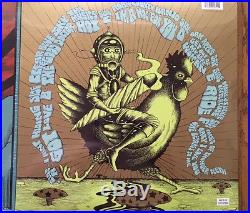 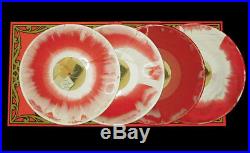 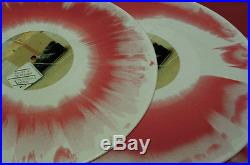 Chris Robinson Brotherhood Betty’s Blends Trilogy Vinyl LP’s: Volume 1, Volume 2, and Volume 3 All releases are sealed, have never been opened, and are as new. Recorded & mixed live by legendary Grateful Dead archivist BETTY CANTOR-JACKSON. A sound engineer that caught on to the Grateful Dead phenomenon in its infancy, Betty taped hundreds of shows during the bands heyday. The legacy of shows like 5/8/77 [Cornell] were no doubt amplified by her work: pristine recordings during the Grateful Deads peak years. [Dave Melamed] Some detail on these releases each limited to 2,000 copies… Chris Robinson has stated these will not be repressed. Once gone, they are gone. VOLUME ONE (2013): Crash On The Levee Star Or Stone Do Right Woman Badlands Here We Come Tornado Try Rock & Roll Jump The Turnstile Someday Past The Sunset Barefoot By The Cherry Tree Poor Elijah/R. Johnson Reflections On A Broken Mirror 100 Days Of Rain Saturday Night In S. Girl On The Mountain Roll Old Jeremiah Tulsa Yesterday Meanwhile In The Gods Train Robbers Hello L. Bye Bye Birmingham As Chuck Armstrong wrote of this release: Bettys S. Blends, Volume One might just be the purest vinyl release of 2013. With no CD companion, the album is available exclusively as a 4-LP deluxe set, limited to 2,000 copies. Blends is eight sides and nearly two-and-a-half hours. As a part of the Record Store Day 2013, “Back to Black” Friday sale, Bettys S. Blends actually hit independent shops the Tuesday before Thanksgiving. The 4-LP set includes 19 live tracks that were selected from the Chris Robinson Brotherhoods five-night stay at San Franciscos Great American Music Hall in December 2012. ” Please see the last four pictures I’ve posted for context on the following info (these last 4 photo’s were taken from the same website): “Diving into the set, youre first greeted by a gorgeous piece of art on the cover designed by Alan Forbes. The beautiful artwork carries over to every single inch of the set, always staying within the simple color scheme of red, black and gold. The beauty isnt just in the artwork. The four records are each unique in their own way, all marbled with red and white dye. As you drop the needle, youll want to pull out the deluxe liner notes that are packed with great photos from Neal Casal, who also plays guitar for the Chris Robinson Brotherhood. Somewhere in the set you will also be greeted with a mini-poster from one of the five nights shows, illustrated by Forbes. ” VOLUME TWO (2015): Vibration Light Suite Rosalee They Love Each Other Tumbleweed In Eden Shore Power Burn Slow Driving Wheel “Following the 2013 release of Bettys S. Blends, Volume One and their third full-length album, 2014s Phosphorescent Harvest, Chris Robinson Brotherhood are back with an exciting double-LP: Bettys Blends, Volume Two: Best From the West. Taking cues from Volume One, the CRB once again joined forces with Betty Cantor-Jackson, legendary archivist for the Grateful Dead, and allowed her to curate the new live album. Its Bettys trip, man were just on it, Chris Robinson gratefully says. Were Bettys house band! Set for release on June 2, 2015 the double-LP features that were captured throughout the CRBs 2014 summer tour across the western side of the country; Shore Power was recorded at Terrapin Crossroads in San Rafael, California. [Volume One] was taken from just one set of shows. This one, Betty recorded I dont know how many shows, Robinson explains. Its a bit smaller of a presentation [than Volume One]; its only four sides, two pieces of vinyl. The 3-LP/2-CD set includes original CRB staples like Clear Blue Sky & The Good Doctor, Roan County Banjo and Oak Apple Day, but focuses on the bands sprawling selection of cover material ranging from Allen Toussaints Get Out Of My Life Woman to the Leiber/Stoller classic Im A Hog For You, Bob Dylans She Belongs To Me to the Slim Harpo rarity The Musics Hot. It also marks the first release in the series with current CRB drummer, Tony Leone. In Robinsons words: With Betty, we trust her sonic sensibilities and give her the space and freedom to do what the woman does, and what she does is beautiful and unique. Its the stuff rock n roll dreams and recordings are made of. Additionally, volume 3 vinyl edition includes a 2-CD bonus set recorded by Betty of The CRBs 2015 performance at The Warfield in San Francisco. [from the CRB website for this release] US Customers only. All sales are final. Please contact me with any questions. The item “Chris Robinson Brotherhood CRB Betty’s Blends Vol 1,2, & 3 Vinyl LP NEW Unopened” is in sale since Friday, July 14, 2017. This item is in the category “Music\Records”. The seller is “sundayboy” and is located in Denver, Colorado. This item can be shipped to United States.