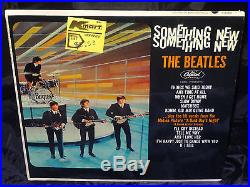 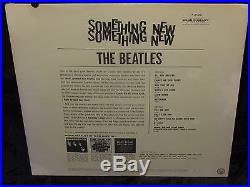 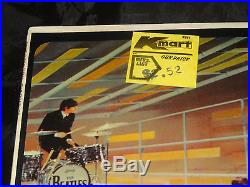 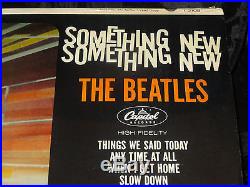 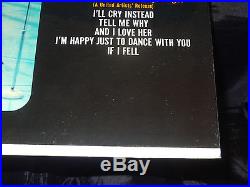 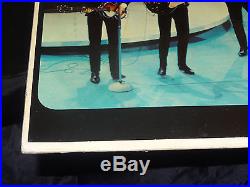 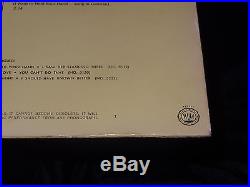 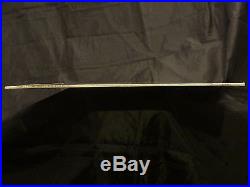 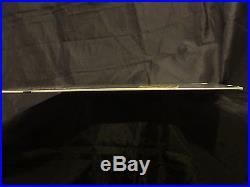 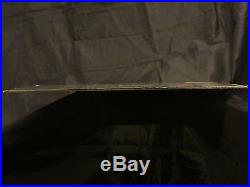 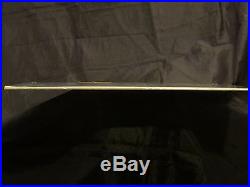 HTML Editor – Full Version. Label: Capitol Records RIAA 2. Product Code: T 2108 Black rainbow label. Format: Virgin Vinyl LP – Original Factory Sealed. Discography About The Record. It was the summer of 1964, and it had been a whole three months!!! Since a new Beatles album from Capitol Records — The Beatles’ Second Album, assembled from various sources — had been released to eager U. Fans (and topped the charts). In the meantime, in addition to doing a tour of the U. The group had released their debut movie, A Hard Day’s Night — but the U. Rights to the soundtrack were owned by United Artists Records (that was, in fact, the basis for United Artists’ original interest in producing the movie), which had duly released its soundtrack in late June (and saw it top the charts). Capitol didn’t have the soundtrack rights, but it was allowed to use most of the songs from the film; and as it turned out, the Beatles had delivered as fine a body of songs for the movie as they had for any of their albums up to that point — songs that, as Capitol executives soon discovered, worked just as well in their combination. And so Something New was released about a month after UA’s soundtrack, and if it wasn’t as strong as the two preceding U. Albums, in any other context and circumstance it would have been a contender for best rock & roll album of the year. Grouped alongside the band’s hard-rocking, first-rate covers of Carl Perkins’ “Matchbox” and Larry Williams’ “Slow Down, ” and topped out with their German-language rendition of “I Want to Hold Your Hand” (“Komm, Gib Mir Deine Hand”), which probably couldn’t fit anywhere else, the Hard Day’s Night material sounded fine, and few fans seemed to mind paying twice for the songs that overlapped between the two albums. And no one seemed to notice that this is where the 11-song Beatles’ album comes into being, Capitol reasoning out that their material was so strong that they could get away with shaving off one track from the standard dozen, which became routine in the two years of U. Created releases that followed. Actually, outside of the context of the film for which they were written and recorded, the Hard Day’s Night material showed a remarkable growth in the band’s range and sound in just a few months. George Harrison’s 12-string Rickenbacker guitar, which was the group’s biggest sonic innovation in the movie score, was a little reduced in profile without the movie’s title track on hand, but it was still present, as was an unprecedented (for a rock & roll group) reliance on acoustic guitar sounds (“And I Love Her, ” “If I Fell”), and a range of ballads that showed greater emotional depth and seriousness than had been heard from too many rock & roll bands in 1964. I’ll Cry Instead. Things We Said Today. Any TIme At All. When I Get Home. And I Love Her 2:28. I’m Happy Just To Dance With You. If I Fell 2:19. Komm, Gib Mir Deine Hand. THE VIRGIN VINYL ALBUM IS STILL ORIGINAL FACTORY SEALED. PASTE ON COVER IS STILL SEALED AND COVERED IN ITS ORIGINAL FACTORY SHRINK WRAP W/ SOME CORNER WEAR A STICKER. NO OTHER IMPERFECTIONS ON THE COVER. No split seams No creases No cut-out (drill) holes No cut-out corners No saw-marks or indents No dirt/dust rubbing stains (friction marks caused by rubbing against other covers) No yellowing from aging No writing No tape No water damage No warping No wax, glue, paint or liquid drops on the cover No glue traces or wax residue. Please use all the pictures to help with the condition. If any questions, please ask! Thank You From Zombie Sounds. The item “The Beatles Something New SEALED USA 1964 1ST PRESS MONO VINYL RIAA 2 LP” is in sale since Saturday, February 11, 2017. This item is in the category “Music\Records”. The seller is “atl0325″ and is located in Flowery Branch, Georgia. This item can be shipped to United States, to all countries in Europe, to all countries in continental Asia, to Canada.