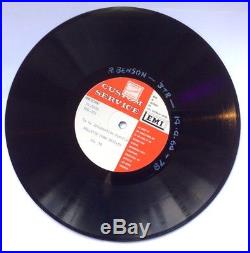 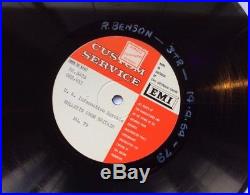 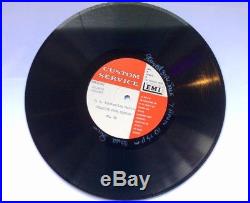 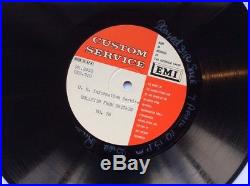 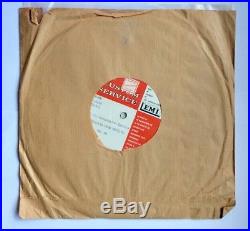 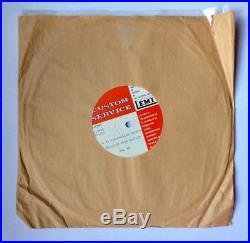 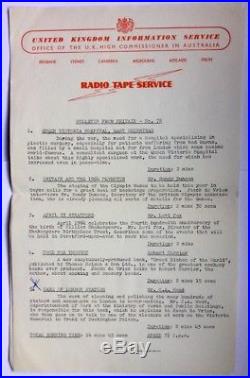 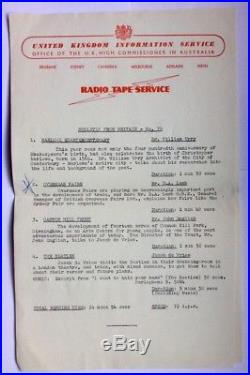 January 1964 Lost Beatles Interview On 10 EMI Custom Vinyl Record – Rare! Bulletin From Britain Episode 78 and 79 Featuring The Beatles EMI Custom Australia – PR 3438 Bulletin From Britain was a British radio program made by the United Kingdom Information Service for the Office Of The UK High Commissioner In Australia. It was distributed to radio stations in Australia to promote all things British to the colonies. It was hosted by Jacob De Vries who also did the on location interviews. Track 4 on side two, episode 79, features a clip from their current single, I Want To Hold Your Hand, and a fairly hilarious five minute interview with The Beatles, which also has some serious moments as John discusses future post-Beatles plans to go into the recording/producing side of the industry, and George (or possibly Ringo) discusses future plans of sailing around in a yacht. You can read a transcript of the interview here; Bulletin From Britain – The Lost Beatles Interview. Includes original UK Information Service information sheets describing the contents of the programs. In original brown paper and plastic sleeves. Record has been cleaned, it shows a few light scuffs, which dont affect play, has some very slight surface noise. The item “January 1964 Lost Beatles Interview On 10 EMI Custom Vinyl Record Rare” is in sale since Friday, June 22, 2018. This item is in the category “Music\Records”. The seller is “watchandclockco” and is located in Korumburra, VIC. This item can be shipped to Australia, all countries in Europe, all countries in continental Asia, United States, Canada, New Zealand.