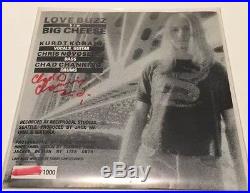 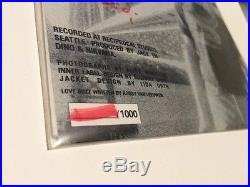 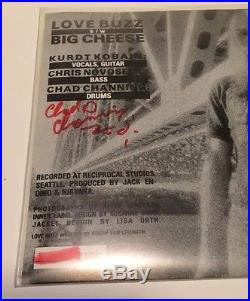 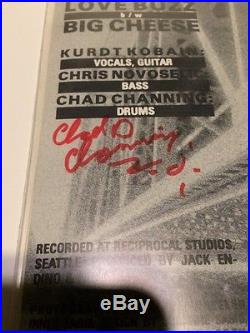 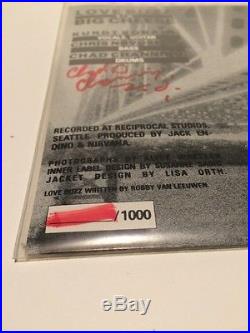 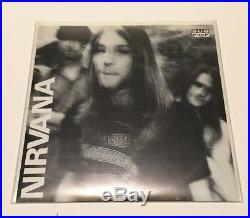 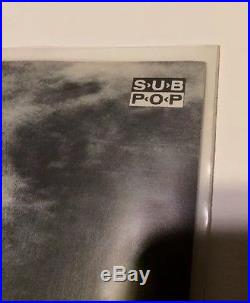 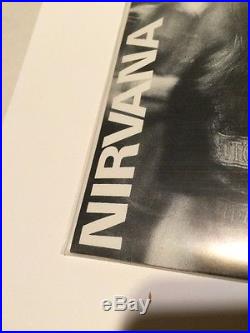 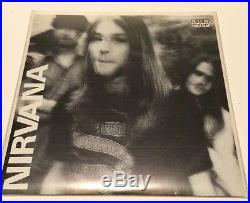 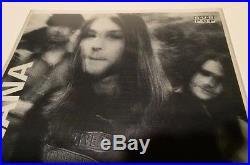 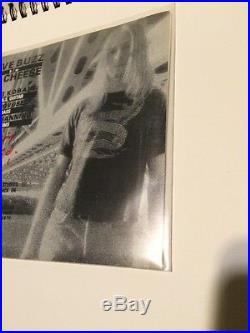 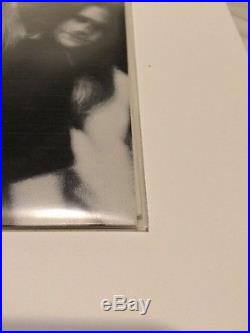 Oly Grail of Nirvana records and collectibles. It is dead mint and unplayed. I only checked the wax with gloves to certify all the markings like K-Disc were visible (it is) I have one of the worlds biggest Nirvana record collections and this is currently the coveted #1. I also have number 645 dead mint and unplayed. Museum quality framed and double sided so it can be gazed upon without worry of mishandling it. This is the real deal, and has already been registered amongst us rare Nirvana record collectors. 100% genuine Nirvana Love Buzz Promo signed by Chad Channing unplayed and in mint condition. Doesn’t get any better! The bottom left of each sleeve’s back has an area that should be numbered with a red felt pen. 1000 copies are hand-numbered. An additional 100-200 copies may be unnumbered, but will have a red “slash” where the number should be. Has several examples of numbering, but it should be noted that. Is most likely incorrect; not all copies seem to have been numbered by a lefthanded person, let alone just one person. Copies 1-499 do not match those above #500, though the exact cutoff won’t be known until more images are submitted. Two people may have numbered the first 499 sleeves, though again more images are needed to form a better opinion. Copies above #570 (since that’s the earliest example we have in the 500s) are numbered by someone else, meaning two or three people are responsible for the entire 1000. The style of writing on the high-numbered sleeves is very distinctive when compared to the low-numbered official copies and some badly attempted counterfeits. As already stated, official copies have a red number, not blue or black as have been seen in the past. Is black with labels on each side. Claims the labels have been easy to copy. Any colored vinyl is an obvious fake. Many counterfeits do not accurately copy the matrix code found in the run-out grooves of each side of the record. This is the easiest and best way to figure out what the single is. The matrix code hand-etched into Side A of official copies is 2mm high and should read. SP-23-A Why Don’t You Trade Those Guitars For Shovels? There is one counterfeit version that comes close, but has five errors: 1 the code is 3mm high, 2 the question mark is omited, 3 quotation marks enclose the statement, 4 the order is wrong, and 5 the dashes are missing, like this. “Why Don’t You Trade Those Guitars For Shovels” SP23A L31540. The matrix code hand-etched into Side B of official copies should read. In addition to these codes, each side also has the word. Machine-stamped into the groove. The item “Nirvana Kurt Cobain Love Buzz Promo Slash Chad Channing Signed Autographed Vinyl” is in sale since Wednesday, April 13, 2016. This item is in the category “Music\Records”. The seller is “chuckdeep” and is located in Great Neck, New York. This item can be shipped worldwide.